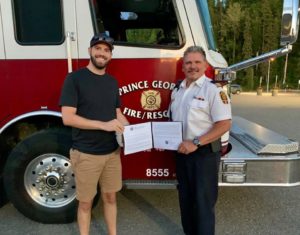 Kendall Robertson Reaching retirement is a milestone accomplishment. This summer, two members of the Prince George Fire Department hung up their turnout gear for the last time. Assistant Chief Thad Kennedy and Assistant Chief Denis Poulin have about 60 years of fire rescue experience between them. Both Kennedy and Poulin were sent off with a final ride home in the firetruck as well as a salute from the Prince George Fire Department Honour Guard. A fitting goodbye for a pair of local heroes. From the entire Support PG team, thank you for your service and enjoy retirement! Click here to 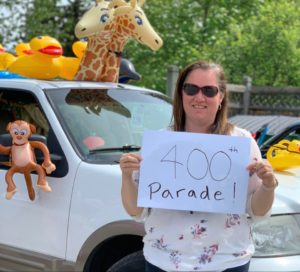 Kendall Robertson You may have seen parades in your neighbourhood over the last couple of months. Over the last 12 weeks, there have been more than 500 car parades organized by Melanie Hanson’s group on Facebook. It started as a way to lift her daughter’s spirits as social distancing recommendations from the province made it impossible to host a regular birthday party. Hanson says the demand for parades exploded overnight. “We never expected it to go this long,” says Hanson. “It’s been very well received… at the time it was very much needed.” The parades aren’t just for children’s birthdays… 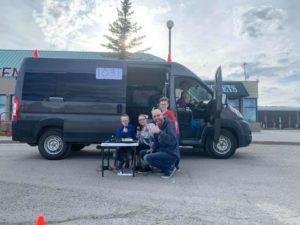 Kendall Robertson Many of us have been finding creative ways to keep ourselves entertained and connected with our loved ones during this time of social distancing. That’s especially true for Dave Horton, who organizes weekly games of drive-in trivia. Horton came up with the idea shortly after the province’s COVID-19 outbreak. He wanted to keep others in high spirits by offering a way to get out of the house while staying safe and having fun. It works similarly to a drive-in movie theatre: cars drive up, tune in, and listen for the questions. “It’s a blast,” says Horton, “you can 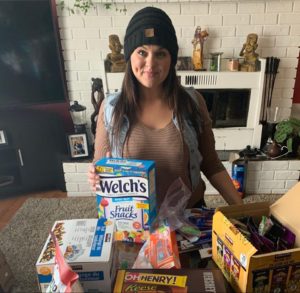 Kendall Robertson Prince George is known for the residents that are willing to drop everything and help when it’s needed. That’s why a new Facebook page is gaining traction that is dedicated to helping those in need during the COVID-19 pandemic. It’s run by six individuals who organize and coordinate volunteer efforts. “I’ve been working in social services for 11 years, it’s just in my nature to want to help,” says page creator, Erin Weyman. The Prince George Volunteers for COVID page was created in an effort to connect seniors with volunteers that would help with tasks like grocery shopping, 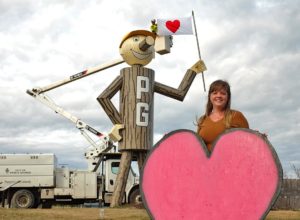 It started as a way to pass time as the community began to social distance, but the idea has since spread around the globe…reaching places as far as Antarctica. Bailey Grose is the creator of Hearts of PG, a Facebook group dedicated to sharing homemade hearts found hanging in the windows of homes and businesses around the city. It’s a scavenger hunt of sorts, aimed at keeping families with young kids busy and active.  “I’d like to say it was 100 per cent for my kids, but it was mostly for me,” she says, “it was getting to be a

Five tips to get better recruitment and retention mileage

What’s in store for the 2021 #TrueNorth Business Development Forum?

Do you have a company in mind for our next
featured business? Use the form at the bottom of this page to submit your nomination.

Please note all submissions are subject
to approval.

Get the latest business resources, updates from community leaders, and ideas on how to support our city.

The latest updates, delivered right to your inbox.

Subscribe to our eNewsletter today and get the latest business resources, updates from community leaders, and ideas on how to support our city.