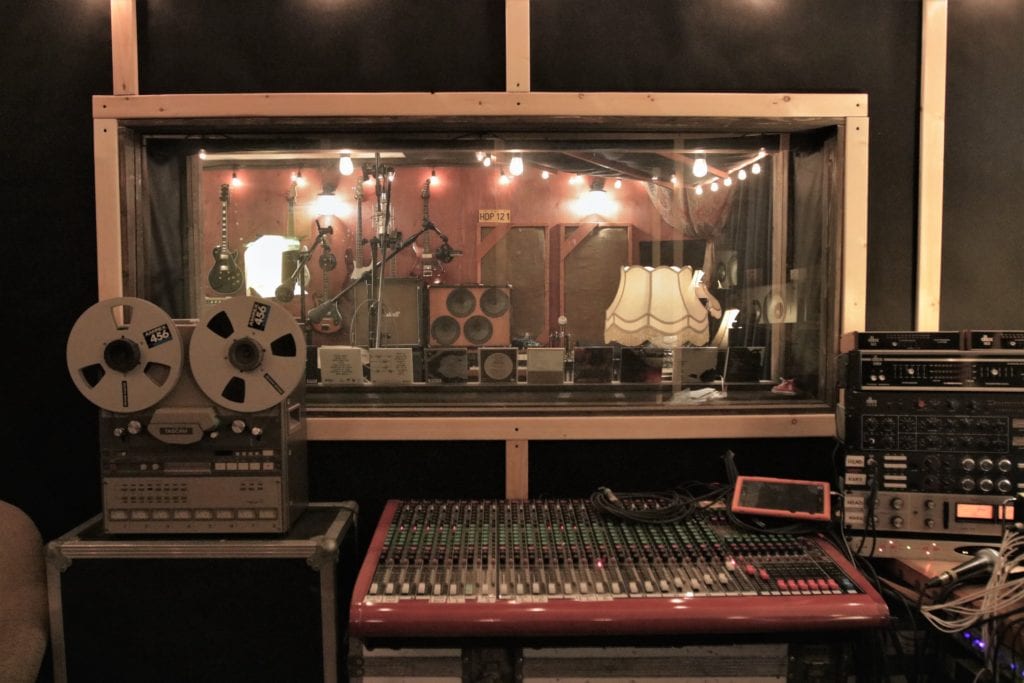 Prince George is well-known among local and regional music lovers for having a strong, connected, and vibrant music scene. Pre-2020, you could head to The Legion, Omineca Arts Centre, Nancy’s O’s or another venue multiple times a week for a toe tapping, rowdy dancing good time. While live shows have been put on pause for the time-being due to the pandemic, the people who work behind the scenes to bring visibility to musicians are still actively assisting them with meeting their full potential.

If you’ve lived in Prince George for any length of time, you’ll know that the city has all of the amenities of a larger city, but you might not expect one of the services you can find here to be a recording studio. Connor Pritchard has been recording albums casually for seven years, and in 2020 started full-time at his new studio, Pulp City Music. He started off recording rock and metal and slowly transitioned into indie and folk music.

“I started [the recording studio] here because this is my home, and I’m keeping it here because PG is overflowing with untapped potential and I would love to contribute to the creation of new, healthy, professional, music scenes in Northern BC,” says Connor.

He most recently recorded and mixed the second album released by Danny Bell and His Disappointments, and will have worked on 25 albums by the time the currently unreleased albums come out. “Songs for the Town” touches on topics from depression and social division, to Danny’s experience immigrating to Canada, and the aspirations of two dogs.

Danny and his band recorded their first album at the University of Northern British Columbia in the CFUR radio broadcast studio. “Having access to more options at Pulp City during the recording process gave us a chance to experiment a little more which was great. It also just produced a higher quality sound. Luckily the recording happened before COVID hit, so it didn’t impact that part of the project. Although, it has definitely impacted shipping and production for the physical album and the way I’ve approached promotion for the album release,” says Danny.

“Songs for the Town” was released under record label, Good Egg Records, which is run by another local musician, Britt Meierhofer. Like Connor, Britt is deeply entrenched in the music scene and started the label because she wanted to be a part of “elevating the visibility of and opportunities for some of the great artists working out of Prince George and area.”

The album is a fully local production, down to the album artwork and music video, which were designed by Silky Hen. “I suppose these days you could work with people online from anywhere, but I much prefer keeping it local. I think collaborating is pretty critical to keep ideas fresh and to keep evolving. The music community here is pretty tight and there are lots of connections and shared members across PG’s musical groups and projects. Collaboration just kind of happens when you’re a part of a web like that,” says Danny.

The dedication of local musicians and artists to each other and to keeping the local arts and culture scene vibrant is clear. “Everyone supports each other and we all get to grow together. These people aren’t just collaborators and clients to me anymore, they’re my best friends and we care about each other,” says Connor. With their continued collaboration, local musicians will continue to be able to do what they love into 2021 and for years to come.

About the author: Christina worked first as a radio journalist and then a public relations specialist in her hometown of Prince George for almost a decade before transitioning into her current role of Workforce Development Officer in the Economic Development Division at the City of Prince George. She has public and private sector experience in economic development, external and internal communications, marketing, social media and website management, event planning, and research. She has a passion for storytelling and for providing support to local businesses to help them grow and thrive.